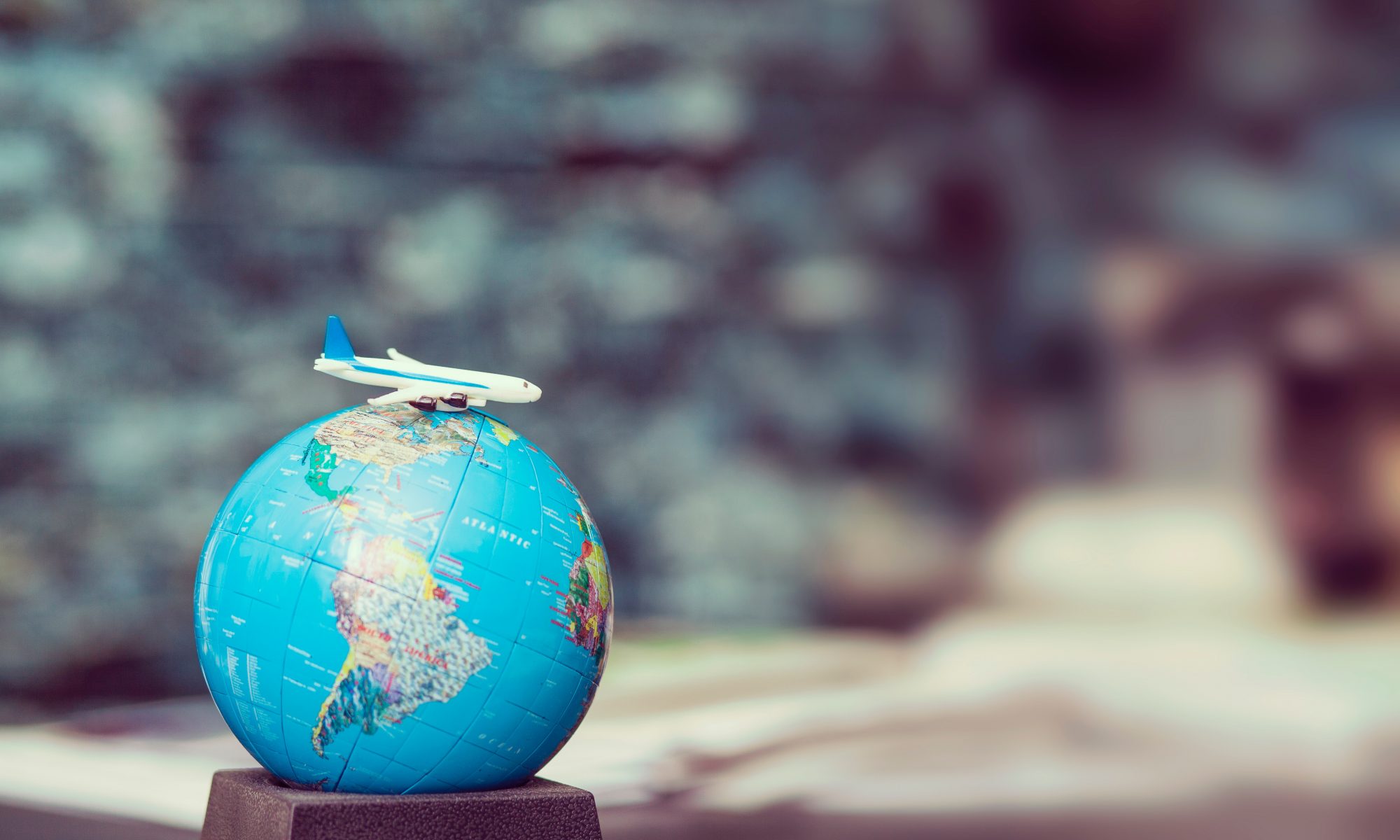 We are happy to have an interview with Nina, an expat from the UK who studied and worked in Germany for a while. Nina is a true world traveler who has lived in many countries. Check out her experience and advice below regarding studying, working and living in Germany. 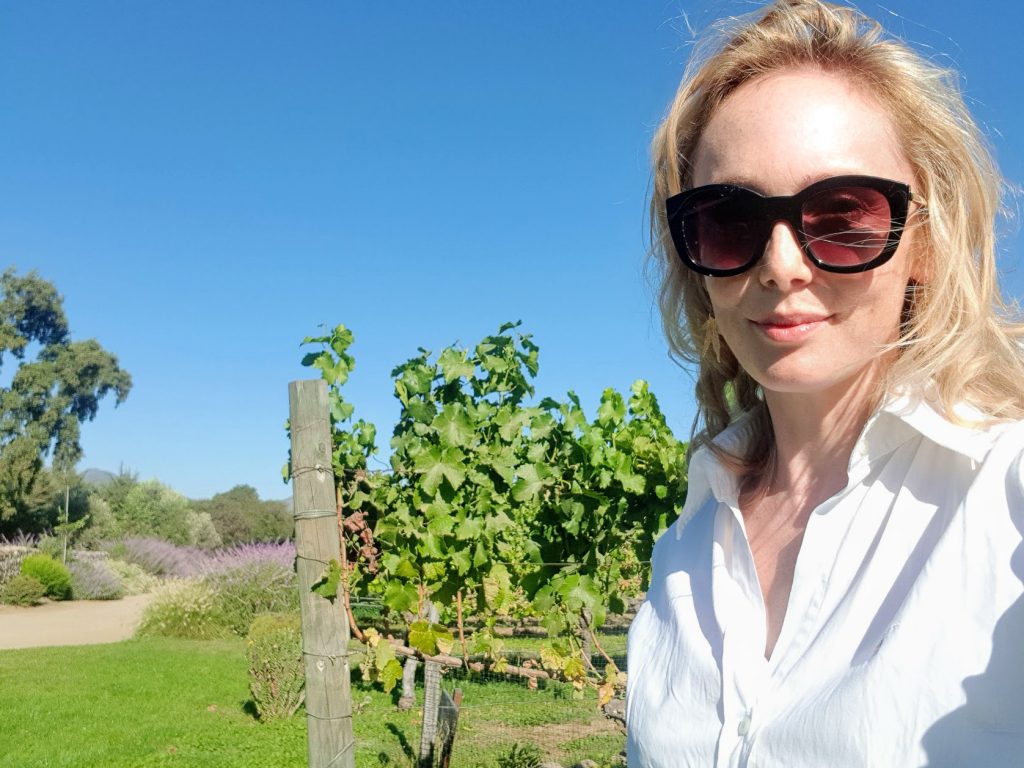 Who are you and where are you from? Where do you live now?

My name is Nina Hobson, I’m from York, UK and I now live in Santiago de Chile. I’ve lived in so many countries – Angola, Syria, Belgium and of course Germany – to name just a few.

So, you lived in Germany before. When and why did you come to Germany? In which cities did you live in Germany?

I moved to Osnabrück in the early 2000s as a student as part of my UK gap year. I lived there for about 6 months, studying modern languages at the local university.

A few years later, as part of my UK degree (studying French and German) I lived in Munich for about 6 months. There I did a work placement at EADS.

Since then I’ve visited Germany many other times on holiday too – Berlin, the black forest, the Rhine…

Yes, in Osnabrück. University life is very different from British university life. I have to say that the courses were quite disorganised in Germany, at least when I was studying there. On the one hand it was great that you had the flexibility to sign up to any lecture, but on the downside, it meant that sometimes there were so many people that the first 20 minutes was spent trying to find adequate seating and sometimes there were not enough people to make the lecture justifiable, so it would be cancelled at the very last minute.

I also felt I had much more one to one support in the UK. I had a mentor in both my French and German departments. Sure it was the luck of the draw if you clicked with your professor, but even the other tutors were very approachable. Of course, it depends on the course – language was a small department in the UK.

How did you support your stay in Germany financially? How hard is it for a foreigner to find a job in Germany?

I worked part-time here and there. I proofread and translated documents for the psychological department at the university, I taught English. I also looked at waitressing but the hours were too restrictive for me.

At the company I worked in, at least people started work a lot earlier, and left a lot earlier. Some of my colleagues started work at 6 am and left in the early afternoon. There was a much clearer separation between work and home time too. The staff ate in the canteen together, taking at least 30 minutes break.

Did you speak German when you lived in Germany? How did you learn German?

Yes, 100%. I was learning German as part of my UK degree so I already spoke it. Having said that the type of German I was learning was more intellectual and less practical, so it was quite a shock moving to Germany and needing ‘real German’! I showed up to see an apartment and I couldn’t remember the word for ‘room’!

How hard was it for you to learn German?

I think German is a hard language to learn at first, but then when the basic grammar clicks it’s such a beautifully logical language.

The food. It’s so underrated. As a vegetarian the vegetarian options could be rather limited in some places, but there is an impressive whole foods, organic and fresh food movement.

People. Germans DO have a great sense of humour, contrary to what many might lead you to believe.

In Berlin at least, there is much more flexibility in terms of work.

There is no shame of being ‘between jobs’.

I also love the modesty of Germany. Germans are incredibly modest, I find.

While I found it damn annoying at first I also grew to love the way shops close on a Sunday. Bliss!

What do you dislike about Germany?

I’m a Germanophile so this is a tough one. It can get dark and cold in winter. With so much snow in Munich, I sometimes couldn’t be bothered to go out and socialise. And I’m a very sociable person.

I’ve also read some very negative stories about the growth of the far-right, but this is also true for Spain, the UK, Holland… Sadly this right-wing populism seems to be a global trend.

I also seem to remember a lot of people smoking. There was a lot of smoking in cafes which I hated. In the UK smoking is so uncool. Very few of my British friends smoke -it’s very frowned upon.

What challenges did you face during your stay in Germany?

I found it hard to make German friends at university. There was a great support system for foreign students, but often this meant I stayed in my comfort zone and ended up hanging out with Spanish speakers.

I also found the snow incredibly beautiful in Munich but after a while I got fed up with it.

I also had problems with banking. Banks would close so incredibly earlier and online banking wasn’t very well developed back then. It was very hard to get things done.

How did you meet new friends in Germany?

I found it’s more about confidence and just introducing oneself when one might be feeling a little shy. Now with kids, I’m sure it would be a lot easier for me to make friends in Germany as kids are a great ice breaker.

I met friends through shared apartments, courses, and language exchanges.

Back then I was young and rather shy, but now I feel I’d be much more open.

What was the biggest cultural difference you have experienced between Germany and your life back home?

The German and UK cultures are not so different, but of course, there are differences. In the UK we like to break the rules a bit more, to rebel against the system I guess. In Germany, there was a stronger emphasis on the group collective, on working together to get things done.

Also, the news in Germany was hyper-local. I felt the newspapers were either very good but rather dry or totally sensationalist and there was little in between. I did like to read Stern though.

Bavaria felt very different from the rest of Germany and I personally loved it. It was like living in a village, but with all the shops and culture of a city.

Looking back now it did feel rather too white though. I love the multiculturalism of London and this was lacking in Munich at least. I heard some horrid racist stories, but I’m white and of course, I never faced any discrimination.

What do you think of the food and drink in Germany? What are your particular likes or dislikes?

So underrated! Having said that I used to be vegetarian and then when living in Munich I started to eat meat again. Now I’ve reverted to a 90% vegan diet.

I loved the quality of the fruit and vegetables and the availability of foreign produce.

While I no longer eat dairy I seem to remember amazing ice cream all through the year too.

And the only beer I really like is Augustiner beer, which you can only get in Bavaria. Oh and the mulled wine. So delicious! I also love Apfelschorle – apple juice and sparkling water – such a good combo.

The bread is the best in the world (and I have lived in Paris). There is so much variety in the breads and some really good quality bakeries.

The only thing I didn’t like was the reliance on packaged sauces and the like. All those Maggi powdered sauces and artificial foods. Gross!

What advice would you give to anyone following in your footsteps?

Be patient. You may find it tough at times in Germany. The culture can seem closed, the people reserved and the weather can feel very hostile. But hang in there, the people are very genuine and you will eventually make great friends. The country is so efficient on many levels that as soon as you leave it you may find yourself complaining about the state of things in your home country.

What is your job now?

I started my blog, TheExpater.com in 2017 as I felt there was a market for a fresher, more humourous lifestyle blog for expats that could still offer useful, practical information.

I write about careers, relationships, beauty, wellbeing and travel, all from an expat perspective. Life as an expat mum is really unique and I write about this balancing act a lot. Of course, as I’m based in Santiago I write a good deal about Chile too.

In addition to blogging, I also write on a freelance basis about expat life too. I’ve contributed to a range of magazines, newspapers and lifestyle websites.

What are your plans for the future?

Honestly? We’d like to move back to Germany. Or Switzerland. My husband doesn’t speak German though and it is tough finding a good job.

Disclaimer: This post does not reflect the personal opinions of My Life In Germany.

My Life In Germany: Our view on studying, working and living in Germany

It is very interesting to interview another expat. Even though Nina is from the UK, I shared many similar thoughts with her about living in Germany.

If you are studying or working in Germany now, leave a comment below and let me know about your experience!

Thinking about investing in Germany but don't know

What is better than playing water in the pool in t

Do you know that German men sit down to pee? Click

Super weather after raining in the morning ♥️

Have you tried picking strawberries by yourself? C

A field that turns from complete yellow a few week

Moving always stresses me out. I have moved nine t

Do you buy or rent your property in Germany? Why?